We are sad to announce that due to the current unforeseen circumstances we have taken the decision to postpone the Zumbathon until further notice. Many thanks for your support and understanding. 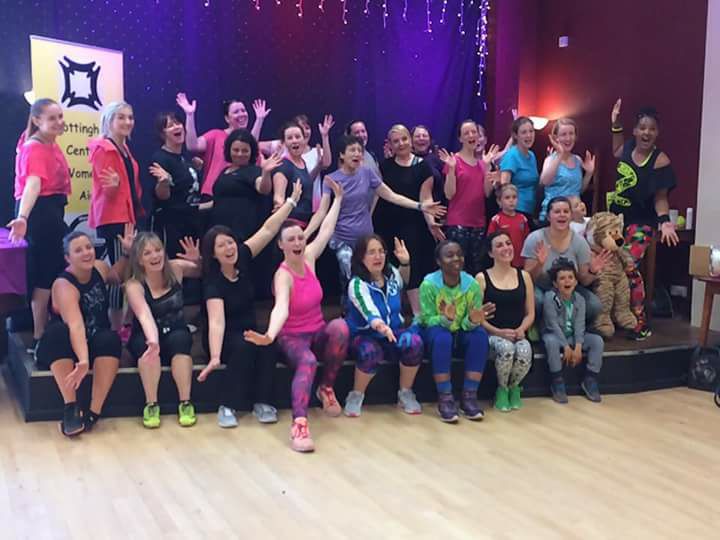 Plus we would love you to get sponsored to dance!  Join No dance experience necessary! Refreshments and Raffle on the day.

This is a women and children only event! Please come along and support us.

We are on easyfundraising, which means you can help Nottingham Central Women’s Aid by raising free donations when you shop online.

easyfundraising has over 4,400 shops and sites which will donate to us at no extra cost to yourself, including lots of big name retailers like John Lewis, Argos, Uswitch, eBay, M&S, Just Eat, Now TV, Domino’s Pizza and Audible.

All you have to do is sign up to support us using the link https://www.easyfundraising.org.uk  and the next time you shop online go through the easyfundraising website or App and we’ll receive a free donation.

We really need all the help we can get at the moment and any funds we raise will make a big difference to us!

Every time you shop, we receive a small donation to say ‘thank you!’ It’s completely free and over £29M has been raised for causes just like us so far.

We want to raise as much as possible so please sign up and help us by clicking the link below!

Nottingham Central Women’s Aid (NCWA) are delighted to announce that Samantha Morton, actress,
screenwriter and director, has agreed to become the first patron of our charity. 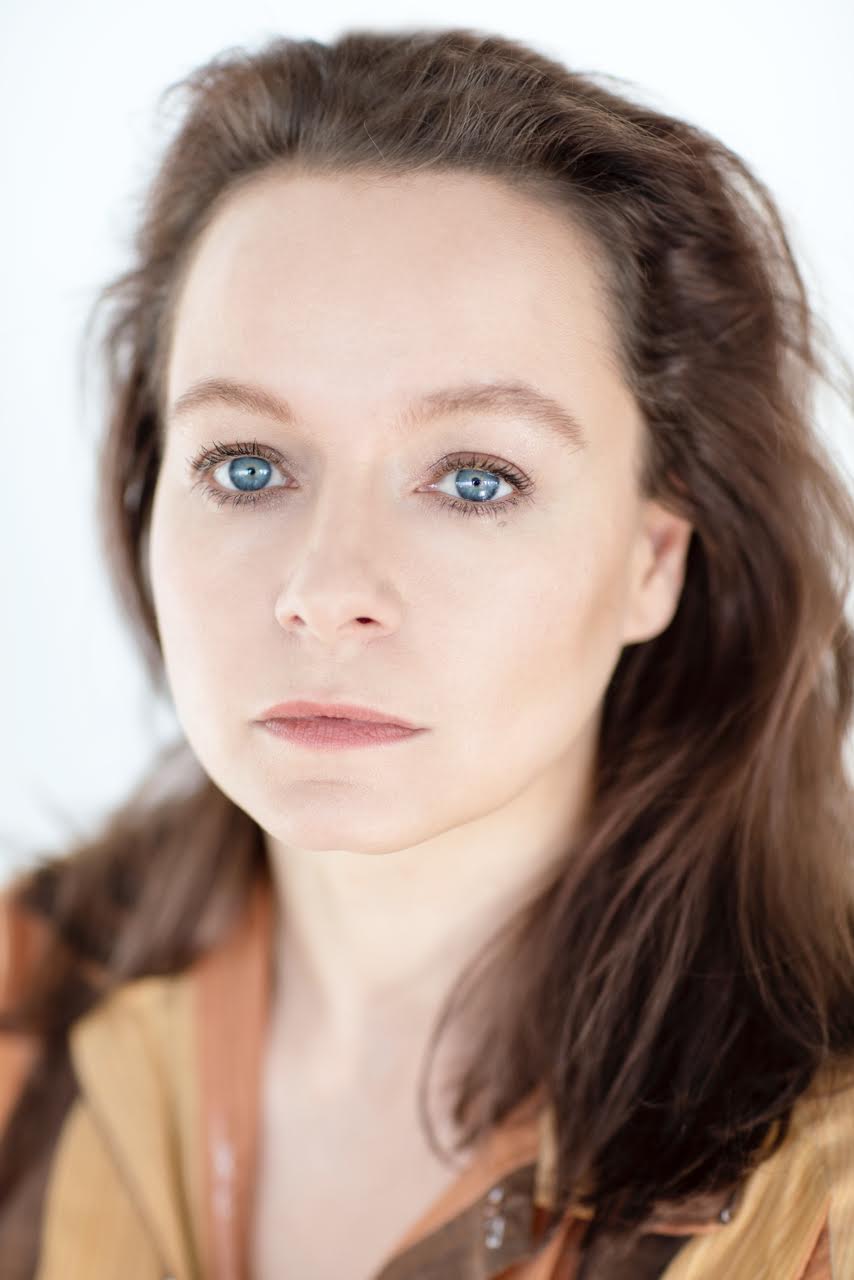 NCWA was originally founded in the 1970s to support women and children experiencing domestic abuse. We provide temporary accommodation and support services for women and children who have experienced domestic abuse of a sexual, mental, physical, emotional, psychological or financial nature. In March 2011 the refuge was closed down due to the government cuts in funding, however following a period of campaigning, fundraising and a restructure in January 2012 the former workers re-opened the
refuge initially on a purely voluntary basis as a new charity with a new board of trustees. We are the only independent women’s refuge in Nottingham and rely upon our fundraising, donations in kind and volunteers to help run the service. We have accommodated thousands of women and children over the years supporting families to rebuild their lives free from fear.

Clifton born Samantha often stayed at a women’s refuge in Nottingham as a child. She visited the refuge at weekends where her mother lived for a time due to a violently abusive husband. Samantha said “Refuge’s like Nottingham Central Women’s Aid provide such vital accommodation and support for women and children at a time when they are often frightened, confused and have nowhere else to turn. As a child I found the refuge a welcoming and safe haven to spend time with my mum without the fear we were subjected to. I am very proud of the work and achievements of NCWA, it is so important that charities like this are able to provide these services, which are sadly still in much demand today”.

Mandy Mellor, founder of the charity added “It’s fantastic that we’ve got Samantha’s support. We are looking to grow from strength to strength and increase the accommodation and services we offer. With her backing I really feel we can achieve this”.

Samantha has received critical acclaim and numerous accolades throughout her career including a BAFTA Award, a Golden Globe Award and two nominations for an Academy Award. She joined the Central Junior Television Workshop, and soon began her career in British television in 1991. She made the transition to film in 1996 and found mainstream success with the science fiction thriller Minority
Report in 2002. Her most recent acting credits include the film adaptation Fantastic Beasts and Where to Find Them and the television
dramas Rillington Place and Harlots.

We are delighted that announce that Nottingham Central Women’s Aid (NCWA) have been awarded £297,591 of National Lottery funding for the continuation and development of our services.

NCWA was originally founded in the 1970s to support women and children experiencing domestic violence and abuse. We provide temporary accommodation on request for women and children who have experienced or are experiencing domestic violence and abuse of a mental, physical, emotional, psychological or financial nature within an intimate or family type relationship or who have been subject to rape or sexual assault or abuse.

The funding for the continuation and development of our services will have a lifelong, positive impact on the lives of all the women and children who access our service. Our aim is to provide them with the support, education and skills to continue moving forward in their lives, overcoming the abuse and violence they have previously endured, becoming well-balanced, happy individuals living Free from Fear. We deliver a person-centred support and advocacy to all service users – in particular to those with complex needs including mental health and substance misuse issues who are often refused access to other refuges and services.

How will Nottingham Central Women’s Aid use this funding?

The funding will help us to provide more intensive support to our residents and potential residents. This includes the roll out and provision of the Freedom Programme which is a domestic violence education and information programme that seeks to make the women participants more aware of how to recognise and avoid a potentially abusive relationship. NCWA will also look to build upon our resettlement
services supporting women to integrate back into the community.

UK evidence is that domestic abuse will affect 1 in 4 women and is still a hugely under reported crime. There is a direct link between women experiencing domestic abuse and homelessness. Of those women who are at risk, many are vulnerable; with mental health problems, drug and alcohol dependencies, all of which make them likely to return to an abusive partner if suitable alternative accommodation is not available. In Nottingham, it is estimated that resources are required to support up to 300 survivors per year.

NCWA is financially independent of the Local Authority and offers a range of services which are not provided by other types of accommodation within the city. Women with drug and alcohol problems, who are escaping domestic violence, can be excluded from other types of refuge accommodation. Furthermore, women with mental health problems are often not accepted by other refuges. To this end, the refuge provides a fundamental service. We are thrilled that the National Lottery will enable us to continue our work. 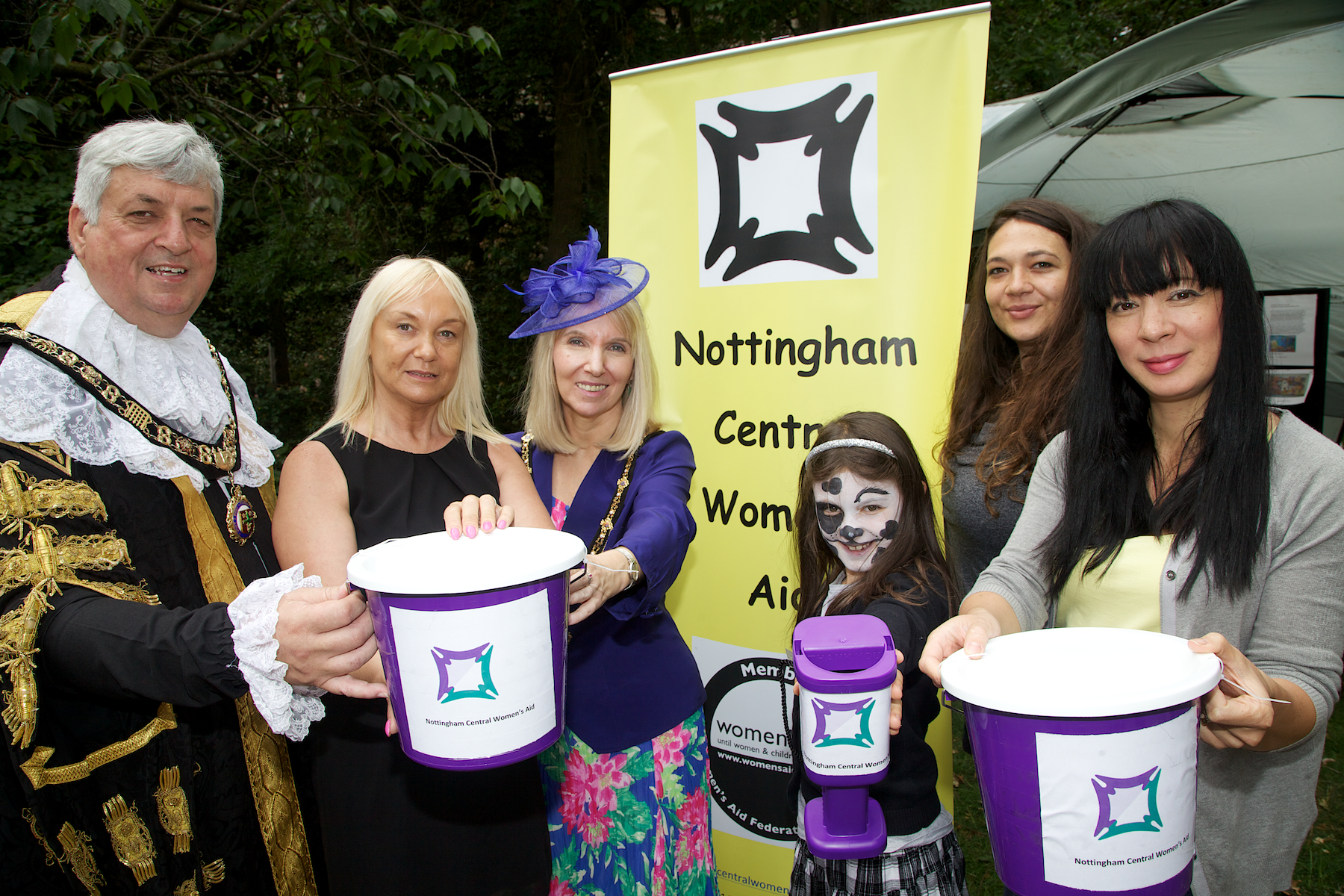 The newly appointed Lord Mayor of Nottingham, Councillor Michael Edwards, has chosen Nottingham Central Women’s Aid (NCWA) as his Charity of the Year due to his instrumental involvement in reopening the refuge in 2011 and his continued support of the charity.

NCWA provides refuge and support services for women and children fleeing domestic abuse. Established in the 1970’s, NCWA was shut down due to government funding cuts in 2010. The staff, facing closure of the refuge which was full at the time, contacted local Councillor’s Sue Johnson and Mike Edwards to see what could be done. A meeting was arranged very quickly to talk about the lease of the building where the refuge is housed and how it could be managed going forward. Mandy Mellor, co-founder of the charity, also approached MP Chris Leslie to get involved. The group were successful in securing the lease and the refuge reopened in January 2011. Staff worked voluntarily before securing funding and within three days of opening all the rooms were full. Mandy said ‘Mike has been very supportive of NCWA since our first meeting. He believed in us and has been a key player in our development. I’ve called him day and night for advice and help from parking permits to activities for the children in refuge. He is a great advocate for our charity and a keen networker. Mike has even signposted and worked with women who have approached him who are experiencing domestic abuse  so he really understands the work we do”
Mike added “Nottingham Central Women’s Aid are my “Lord Mayor’s Charity” for 2017/18 because what they do matters, because they do it well and because we’ve worked together. Previous Lord Mayor’s have chosen several charities to support, however I have just chosen
NCWA to dedicate my time and fundraising to. I will be opening and supporting several of their fundraising events including a Charity Gig on 18th August and a Charity Ball later this year’.

The continuation and development of NCWA services has a lifelong, positive impact on the lives of all the women and children who access our service. Our aim is to provide them with the support, education and skills to continue moving forward in their lives, overcoming the abuse and violence they have previously endured, becoming well-balanced, happy individuals living Free from Fear. 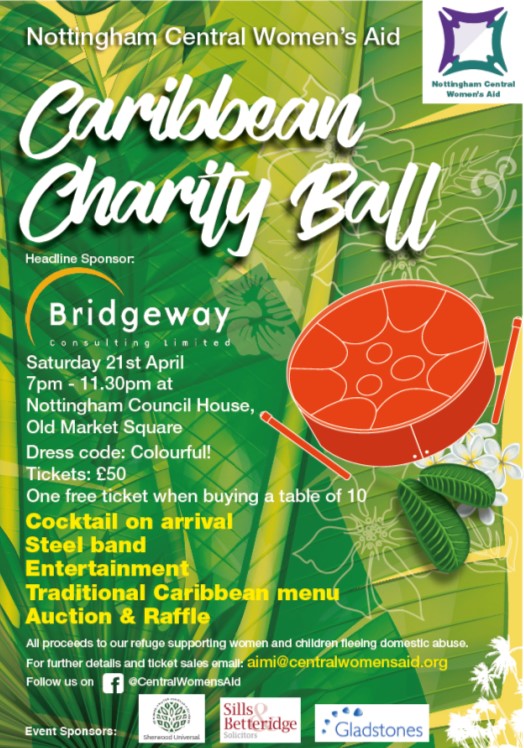 To help mark this year’s International Women’s Day, the Lord Mayor of Nottingham’s chosen charity, Nottingham Central Women’s Aid (NCWA), launched a Charity Ball with a difference. The Ball, took place on 21st April and had a Caribbean theme where guests were entertained with a steel band, limbo dancing and traditional Caribbean catering. The Ball’s headline sponsor is local company, Bridgeway Consulting Limited, who recently won The Queen’s Award for Sustainable Development, as well as being named in The London Stock Exchange’s Top 1000 Companies to Inspire Britain.

Bridgeway Consulting Limited said “We jumped at the chance of sponsoring NCWA’s Charity Ball, it’s a fantastic opportunity to support a local charity who provide such vital refuge and support services for women and children fleeing domestic abuse. As a business we initially decided to support the refuge before the Christmas period, collecting toys and gifts for donation. We now look forward to strengthening our relationship with the charity by being the headline sponsor for the Ball.”

Councillor Michael Edwards, The Lord Mayor of Nottingham, added “NCWA is a charity close to my heart and I see the impact of their work every day. I believe Caribbean food and music is integral to Nottingham’s culture – I think my influence helped sway the theme of the Charity Ball! The event promises to be great fun with a carnival atmosphere whilst raising funds for a serious cause.
The Caribbean Ball raised over £1,000 for the refuge and many prizes were donated for the raffle. Our Patron, Samantha Morton, attended on the evening and we received fantastic press in the Nottingham Post.

Established in the 1970’s, on average NCWA supports 50 women and 60 children a year, with six women and eleven children living with us at a time, plus emergency overnight stays. The need for the service has been clear throughout with many women and children being turned away from refuges across the country every day at their time of need. Many of our team including volunteers and our board of directors are survivors of domestic violence, we work to the ethos of ‘women supporting women’.